"She Has Just 9 Simple Questions She Hasn't Told You! Answer Them Correctly For Her & You'll Finally Get Her Interested In Your Fantasy!"


Best part: It will take you just one short conversation to get several steps closer to making your fantasy happen. Too good to be true? Check it out for yourself—without risking a penny...


If you're reading this, then you know why The Cuckold's Checklist is a must have for anyone trying to get their wife to sleep with another man.


Any Of This Sound Appealing?


But it doesn't need to stop there, because after all, you want this to actually happen right? I wonder if you can imagine...

If it stopped there, that could be enough...but you know deep down you crave more...

Would you trust someone who told you they reinvented the wheel from scratch? Probably not. People tend to trust and use what's already been prove to work...for good reason.

And the best thing about enlisting my help is knowing that the principles which guide my methods aren't ones that I just pulled out the air. They're all based on research-backed principles from other disciplines like Psychology, Social Dynamics, Persuasion & Influence, Neurology, etc.

That's why I'm making this promise to you: if you follow the principles inside The Cuckold's Checklist, you will make progress towards your fantasy happening.

And I'm so confident in my promise and in this guide, that I'm offering a downright bold guarantee (which we'll get to in a minute)!

But Don't Take My Word For It

Here's what others have to say...

My wife and I had what you'd call a run of the mill satisfying and normal relationship. We were lovers (who had sex on a consistent but not all too frequent basis) and close friends, going out to dinner, travelling once or twice a year, binge watching TV shows together. That is when we found ones we both liked. When I brought my fantasy up to her, she didn't freak out or get angry or anything. She just didn't get it. Did I want to sleep with other women, was it that she wasn't enough for me, it doesn't seem right, all that kinda stuff. Tried a few more times after that but didn't really get anywhere. By chance I found this website through Tumblr, read some of the articles and it appeared Dr. 36 knew what he was talking about. I also figured you wouldn't be able to have a website this legitimate without being successful with others, so I figured I'd get one of his products. Those 9 questions he talks about seemed interesting so I figured, why not check it out? BEST THING I ever did. Hands down. It opened my eyes up to exactly how my wife was thinking and tells you how to address her real concerns. I went through the ones which seemed most relevant, and little by little, you could see her attitude shifting. It wasn't too long after that one day, and I'll never forget this day, she says to me in bed, 'Would you really want to try this fantasy of yours out?' At first I thought it was some kind of trick question, but I knew based on how things had been going that it wasn't, so I told her 'Yea, I do.' Well to make a long story short, she's been with two different guys in the last 4 months. It might not seem like a lot to some people, but it's more than enough for me. I can't begin to describe what it actually feels like to live this fantasy in real life. My sincerest thanks go to The Cuckold Consultant!

She said the fact that she felt understood is what made her feel like it was actually ok to think about the idea. Just a week later, we've now started doing some role play in the bedroom with it!

My wife of 17 years was willing to play along in the bedroom when it came to my fantasy, but drew a line when it came to reality. I thought sometimes that maybe she was only willing to play along with it because she knew I liked it, but it was more than that. She was definitely into it and would always get extra wet when we played. I chatted with The Cuckold Consultant one night just to see what he thought, and he made a lot of sense in his assessment of my situation. He told me he could make me a Personalized Plan, but that wasn't in my budget at the time. So he suggested I get one of his smaller products. He recommended The Cuckold's Checklist so I bought it. (Then again, who the hell wouldn't buy something with a double your money back return policy). 3 weeks later, we're out at a classy hotel bar together, me in the distance watching her flirt with some stranger. She kept stealing little glances at me the whole time. We didn't have her sleep with him, but she got her number, and we went back to our room and had some of the best sex we'd ever had together. If you're on the fence about whether or not to trust the Cuckold consultant, do it. It'll be worth it.

Much better information than everything else out there on the web. Your understanding of Psychology is unquestionable.

18 Pages Guaranteed To Blow Your Mind 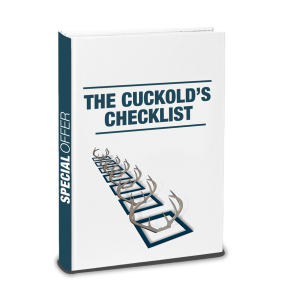 No one questions whether or not a .22 caliber bullet is effective just because it's a smaller round. That's why you shouldn't let the size of this guide (just 18 pages) fool you. Over 3 years of research went into this project, and I’ve condensed it all down. No Fluff and No B.S.

Just the raw information you need to help you make your fantasy happen.

As soon as you place your order, you’ll receive your personal download link to a digital PDF version of The Cuckold's Checklist.

But That’s Not All…

This is a time limited offer, so if you get this guide before your time expires, you'll also receive my exclusive packet on 17 Different Ways To Wow Your Wife With Romance. It contains 17 simple romantic ideas you can use that will not only make your wife dripping wet but also ERASE the chances of the fantasy weakening your relationship, so you can experience the benefits to having the fantasy strengthen your relationship by having it deepen your intimacy, passion, and commitment to each other. If you're going to make your fantasy happen, then you want to make it happen in the right way with the right foundation. This bonus packet will give you the tools to make sure that happens.

So if you’ve decided you’re done reading and don’t want to waste another minute in getting your guide, click the “Buy Now” button below.

Discretion is important in this business—and I take that seriously. Your payment/financial information is NOT stored, and you can also pay in multiple ways.

Option 1) use a paypal account if you have one, or create your own if you don't. All charges appear on your credit card bill as "PAYPAL *APOTHEOSISM".

Option 2) use a credit or debit card if you'd rather not use or create a PayPal account. Any charges appear on your credit card bill as "APOTHEOSISM".

Option 3) Pay anonymously and without your wife knowing. Use cash to purchase a prepaid Visa/MasterCard/Amex gift card and pay with that. When you have the gift card, simply click on the buy now button, and pay with either Stripe or PayPal, entering whatever information you choose. You don't even have to enter your real billing address.

Like I said, I take discretion very seriously. If you have ANY trouble at all, click the message icon in the bottom right hand corner of the screen and you can contact me in real time, or leave a message.

And if you're still worried that your wife would find out about the charge, you can truthfully confess that you bought an online guide giving you “17 Different Ways To Wow Your Wife With Romance” because that’s actually part of the guide!

I'm only charging $7 for this special guide, and not giving it away, for 3 reasons.

So if you're serious about making your fantasy happen, click the "Buy Now" button below. If you need to justify the expense, skip going to McDonald's for dinner once this week and it's paid for.

Time is Very Much "Of the Essence"...This special offer giving you the opportunity to get a $47 product for just $7 will be good only for the next 24 hours. After that, you'll no longer have access to the special discounted price, or the FREE access to the bonus.

So in case what you should do isn't crystal clear yet, think about something for a minute.

This fantasy of yours, the desire you have inside to make it happen—think about when you first realized it was a turn on for you…perhaps it was only some weak wish you had, maybe even one you were hesitant to admit to yourself…and think about how it’s now become a full-fledged and hard-on desire…one that isn’t going away.

Think about how over time it’s only gotten more pronounced, louder, bigger, how you’ve become more obsessed. Think about how the longer you go without taking steps to actually do something about it that it just sits under the surface repressed, unfulfilled, and because of that—it starts to eat away at you.

The urges you have find other negative ways to express themselves, and your relationship starts to suffer because of repressed sexual and emotional desire.

I want you to know that you don’t need to be controlled by that fear any longer. But the time to act is NOW. Delaying only makes it worse—you and I both know it.

So do yourself and your relationship a favor. Click on the "Buy Now" button below to get instant access to The Cuckold's Checklist Risk-Free for just $7...

My "Double" You'll Love It Guarantee 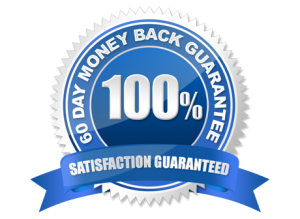 Guarantee #1 If for any reason you think this guide isn’t the best $7 you’ve ever spent just send me an email and I’ll gladly refund you whole $7 big cash dollars.

Guarantee #2  Tell me you didn’t learn ANYTHING from this guide, I’ll refund you DOUBLE your money back. How’s that for fair?

Here's What You Need To Do Now

Once you enter and submit your information, you’ll immediately be given a personal link so you can instantly download your special guide. You’ll also be given an email confirmation with same download link. Go ahead and click the button below.

P.S. Don’t be one of those guys who think that they wouldn’t be able to make their fantasy happen, only to have it linger beneath the surface unfulfilled. On some level, you’ll be unsatisfied, your wife will be able to feel it, and it’ll start to negatively impact the relationship—that is, if it hasn’t already. You deserve better than that; your wife deserves better than that. She deserves more satisfaction, and she wants it. I’m going to tell you how to open her mind up to experiencing what both of you deep down would benefit from. So click the buy now button and complete your order.

P.P.S. If you want to not only increase the likelihood of being able to make your fantasy come true but also ensure your success, the odds are against you unless start the right way. This information is going to help make sure you don’t blow up your chances of making your fantasy happen—no matter how resistant you think your wife might be, or how extreme your fantasy. Either you get it now or you miss out, and I’m washing my hands of you. This is your last chance—so make it happen.