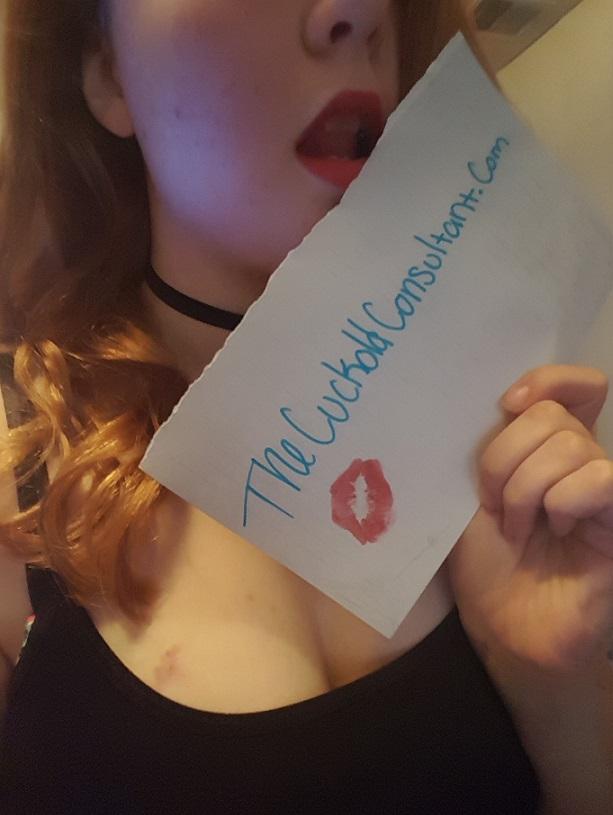 You know your sexual escapades are hot when the internet world sanctions the creation of its own subreddit for you. That’s exactly the case for the young couple known as Swingerwanabe, who we have with us here in this interview.

She has such an intoxicatingly girl-next-door type of look about her that it’s almost impossible to not want her on some level, and he’s got such an awesome attitude about all this. It’s no wonder they’re considered by some to be unicorns. That said, they’re as real and down to earth as can be.

But I don’t want to say too much and spoil the interview so allow me let you enjoy the opportunity to get to know a bit more about them and their journey thus far. Enjoy the interview!

Q: How did you get into the cuckolding lifestyle, and what’s appealing to each of you about it?

It then became a serious talk when he wanted to fool around with a female coworker at work; I was worried about him and his job more than losing him. After that it became something we wanted to do as a couple; it slowly evolved from talking and flirting with other men to what it has become today, but not with without long conversations.

The thing we find most appealing is how strange it is, how we can give into our urges, and how we know the other isn’t going to be going anywhere because of it. It is just sex, it isn’t anything else than just pleasure. It’s simple to us, and I think that’s why we keep doing it.

A: No not really, this was one of the things we talked about before we started, the jealously and insecurity about it. We knew getting into this that if we wanted to do this we would have to get past those feelings because we both agreed this wouldn’t be the reason that we ended our relationship. After every session we talk about it, how we felt, what we liked, what we didn’t. If any feelings get hurt, we talk about it. We’ve learned from our parents and our friends that people can’t hide their feelings in a relationship, so we don’t, especially not about this.

We know who we are coming home to and we want to keep it that way. We trust each other on top of everything.


Q: It seems your primary interests lie in cuckolding as opposed to swinging. Was it always this way?

A: It kind of started out that way and we want to branch off but haven’t had many opportunities to do so. It’s easy to find men willing, but couples not so much, at least where we live.


Q: You’re so popular you have your own subreddit. Have you ever gotten recognized by anyone you know? If so, what was that like?

A: Yes, I have, it was something I was and am still worried about in my everyday life, solely because of my job. Getting recognized wasn’t as awkward as I thought it would be, mainly because it was from a friend that I knew through work. It was interesting to experience it and see the excitement on his face.

I don’t mind getting recognized, I’m just scared of getting recognized in the wrong place at the wrong time or with the wrong people, because there are still people in my life who are still in the dark about this part of life. Before I did get recognized I would worry about it at least once a week, mainly because of my job. I work in retail and many companies don’t want negative publicity or anything that would shine a bad light onto them. I’m terrified of my job finding out because I love it so much and I don’t want this to affect it. Even though i’ve been recognized I still worry. Granted, I worry about everything.


Q: Many women would question whether or not a woman can truly love her husband if she’s sleeping with other men. How would both of you respond to this?

A: An argument could be made for this it’s true. But it’s not from a lack of love that I sleep with other men, it’s from a pleasurable place that I do it. If anything, sleeping with other men has made me love him more. It takes a lot of trust and communication to do this. It’s made our relationship stronger.

[Like I said], it isn’t from a lack of love. Sure, it could be seen that way, looking from the outside in. But this isn’t one of us cheating; we tell each other everything. I can love my boyfriend and still sleep around as long as he is aware.


Q: What are 3 of each of your favorite TV shows? A: Game Of Thrones, Shameless, Flash, House Of Cards, Star Wars: The Clone Wars. We watch a lot of the same shows.

A: Blue, but my favorite candy is probably skittles, but it changes.

A: Satisfying, after watching it be done and imagining it for a while; it was enjoyable to do so in person.


Q: What are your thoughts on your boyfriend’s willingness to eat creampies?


Q: Have you ever fantasized on some level about the risk of getting pregnant?

A: I know he has, he finds it hot. I however haven’t don’t as much. I would like to get pregnant and have a kid with a partner, not as much as with a one night stand.


Q: Even though it’s hard to predict with certainty, how do you see or want this lifestyle unfolding down the road for you as a couple?

A: We’ve talked about this a little as far as when we get older and have kids. We still plan to do this in the form of swinging, each having another partner that could come over and spend the night with us or just one of us.


Q: What are 3 of each of your favorite hobbies you engage in outside of the bedroom?

A: Uhh video games for both of us. That’s kind of it. We’re trying to go to the gym a bit more but I wouldn’t really call that a hobby. We listen to music quite frequently. And we enjoy television, then again who doesn’t?


Q: What was your favorite class you took in either HS or college and why?

A: My favorite class has been and always will be history; my all-time favorite was a freshman course I took about Europe from the roman empire to the renaissance.  I enjoy it because it was things that happen, and we can learn from it. That and I love stories.

He doesn’t know; he enjoys technology and psychology so between those two. As to why: he enjoys looking at things and learning about it, and knowing what’s wrong and how to fix it.

Finally, I’d like to thank them for being willing to give us a more intimate and detailed look into their cuckolding/hotwife journey. The pleasure was all ours, and I’d like to wish them the best of luck and pleasure in continuing to explore their lifestyle, where it may take them!