On most Saturday mornings; you will find me at the gun club. I love the smell of gunpowder in the morning. I’m practicing with my magnum semi automatic pistol as well as hunting weapons. On most days, I’m a good shot. But not today. It’s as if it was a precursor to what was going to happen. I also practice with my bow and arrow for hunting. On one side of the club are animals targets on the ground. When I go hunting I usually bring fresh meat home.

My wife doesn’t usually come to the gun club when I’m shooting. She’s probably doing some gardening in the back of the house. In the afternoon; she usually does research on the computer for work. I ask her if she’s happy with everything. She says she’s just fine.

In the later afternoons; I go to my martial art class. We are getting ready for a big competition. It’s a great workout; I get to relieve a lot of stress from work. I install home automation for customers.; there are days it’s really easy. Then there are days they want everything. When martial art class was finished, they talked about getting together to play poker at one of the Guy’s home.

I called Gail and asked her if she needed me for anything. She knew what this meant that I was coming home late. She had no plans and really didn’t want to go out anyway; she told me not to lose all our money. That was a private joke between us because the poker limit is $10.00. It was mostly about having fun and relaxing.

Afterwards, we watched a war and martial art movies. It was a nice evening to watch violence on the television. There were a few women in the group. But they enjoyed themselves just as much as we did. It was a chance to catch up and talked about the next week.

One of the ladies in the group said she had a crush on me. I also knew the other ladies did too. I thought that was cute. She asked me if we could get together during the week. She knew I was married. She already knew what the answer was going to be. She was just being a tease.

I told her that she’ll have to get permission from my wife. I usually go home and about 1:00 AM in the morning. Tonight I felt tired and I decided to call it quits early. It was 10:00 PM so I headed home.

I drive home and park on my usual spot on the street. We have a small short driveway; usually my wife gets to park there. I walk slowly to the concrete steps to go up to the front door. I notice the light downstairs is on; I’m thinking this is quite odd. I walk between the steps and the bush to see what’s going on there. What I saw first shocked me.

My wife is on the guest bed cheating on me. I know she can’t see me because it’s bright in the room and very dark out here. I see this guy on top of her just pumping her hard.

At first I felt hurt and ashamed. But then something else happened. I became so aroused and my cock got hard; those negative feelings just left me. I was really enjoying this; I never even imagined this in any fantasy. I carefully walked out of the bushes and back to the car.

I did not want to bother her. So I moved the car further away from the house. I get out my cell phone to give her a call, while this picture of her on the bed fucking someone else burned in my mind. The phone rings and she picks it up.

“I’m just leaving and I’ll be home in about an hour. "

I didn’t know what was going on with me. I had no anger but a lot confusion. I could still see my house in the distance. twenty five minutes later, I saw her boyfriend leave; get in his car and drive away. I waited about another 25 minutes so she doesn’t suspect anything. I then drove to my usual spot again on the street, I walked up the front steps to the door and walked in. I was not going to say anything to her about what I saw through the window.

“I’m in the kitchen making grilled cheese sandwiches for us. "

Later, after our snack. I asked her if she wanted sex tonight. She looked at me and said she was quite tired and apologized for skipping sex; I’m thinking that she was satisfied.

On Sunday I went downstairs and tidied up the room. I also installed the better lights she asked for. It means the room really nice and bright. I then went outside and did some gardening in the front. I made sure to clean up the bushes around that window. I didn’t like spiders crawling all over me. I tidied up the dirt really nice and put extra sand down.

She came up to me and said “you’re doing a lot of work today.”

“I just felt good and I wanted to get some things done.”

“Well, thank you very much.”

I then told her " I have to go out and pick up some groceries for you too.”

On the way there, I stopped at a electronics store; I picked up a spy camera and microphone disguised as a teddy bear. It transmits only a short distance. I then went by the grocery store and picked up the rest of the groceries, including a few extra goodies. When she was not looking; I setup the spy camera with all of the other stuffed animals.

During the week, I had several chances to have sex with her. I fucked her really hard with the image of another man fucking her; in my mind. The next Saturday I did my thing at the gun club, then went to martial art class. The group in the class wanted to go to the local bar.

I called my wife and asked her if she minded. She said, “no Enjoy yourself.” I decided to go home early ; hoping that she would be fucking her boyfriend. I walk up quietly to the stairs to the front door. Sure enough, the light was on downstairs. So I made my way through the stairs and bushes. There she was, sitting on the floor at the edge of the bed. I put on the head phones so I could hear everything that was going on.

I recognized to guy as her boss. I have met him on several occasion when picking her up. I was so aroused when he pushed her head back on the edge of the bed. Put one leg up and shoved his cock down her throat. He had a cock that appeared to be more than twelve inches.

I could see she enjoyed every minute of this and so did I. The whole time I could hear what they were saying. This was the best sex I’ve ever had. After about three hours, I went down to the car again. I then moved the car back a block. I called her and let her know I was coming home and I’ll be there in about an hour. Sure enough, about 30 minutes later he came out to his car and drove away.

My boss said “that looks really nice on you.

“thank you. My husband gave it to me.”

“Does he suspect anything?”

My boss started to remove her lingerie, exposing her nice tits. then put her on the bed. He put his head between her legs eating her out. I could hear her moaning and she was really enjoying what he was doing to her. Then he lay down on the bed next to her.

She got up on him in a 69 position. She deepthroated him with that fair size cock, and she went right down to his balls. It must have taken about 10 minutes or so before his fluid was coming out of her mouth and on down his shaft. I was really enjoying what they were doing and I came onto the ground two more times.

Several days later, she told me she had to go out of town with her boss. I knew what that meant. I went to the best place to purchased gowns for her and more lingerie. One of the gowns has a v neck that would show her boobs in public and to her boss. I wanted her to be as attractive as possible. She was a little bit confused with the gowns. I just thought you should look good. She looked at me and said,

Instead of doing the same thing that Friday night. I made, sure, she was downstairs. I walked quietly into the house and into the kitchen. I made, some grilled cheese sandwiches for us. She knew I was going to be home at 11. At 10:30. She escorted her boss out the door. Then I see him getting in to his car. I came out of the kitchen.

“Hello, Gail. I’m made some sandwiches for us.”

She was so shocked to see me at the kitchen table. I said,

“come on, you must be hungry after all that fucking.”

She sat down and said “it’s not what you think.”

I replied. “What am I thinking?”

She couldn’t say anything since she’s wearing sexy lingerie I purchased for her. She said

“I’m sorry. this was the first time.”

I looked at her and said

“no, it’s not. I have known for the past many months. I have been spying on you through the window outside the bedroom.”

She looked confused and lowered her head.

“Don’t you get it ; I purchased all those nice dresses and lingerie for you”.

We talked a long time that night. We came up with some rules. I had to ask her, Why?

“It is nothing to do with you I just like to fuck.”

She told all of her boyfriends the rules; the next Friday night, I simply walked through the door. Then went downstairs and, I said

While she was being double penetrated by our bosses. She knows I’d like a little humiliation. So when I said

“no, make us snacks for my boyfriends, they have been fucking me hard, and I’ll be done pretty soon.”

The next week my boss came by and said

“can you take my car to have it washed and vacuum the inside. Then I can have more time to fuck your wife. I expect a good job or will make you do it again.”

I took his fancy car and had it washed and vacuumed. The whole time I was imagining him with his cock in her throat.

Months later we went to her company’s Christmas party. While we were getting dressed; she asked me if she met someone to fuck; could I go to the hotel room on my own. she will then come by in the morning and tell me all about.

She also agreed to call so I could listen. During the dance I was not interested to dance or mingle, All I wanted was to watch her. Every time she French kissed someone at the dance she would look directly in my eyes. 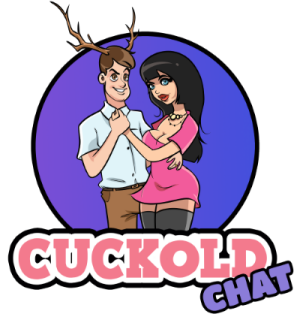