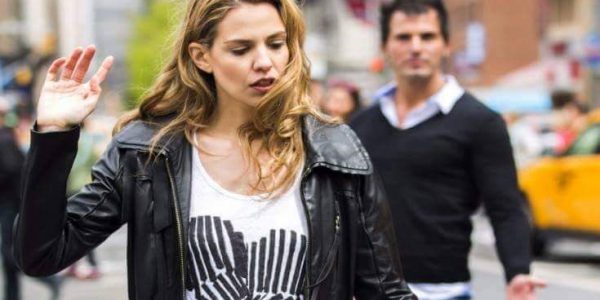 One of the most attractive qualities a man can have according to women is being passionate–but not in the way you might think.

When I use the word passionate here, I’m not referring to being sexual or intimate. Rather I’m talking about being vehemently and contagiously enthusiastic about what’s important to you.

I’m talking about the quality used to describe a man who is capable of feeling so spiritedly deep about some thing(s) that simply being around him can spark a second-hand desire inside someone else for those things; a second-hand desire that becomes connected to his own.

What does this have to do with making your fantasy happen? Read on to find out…

See, an interesting thing happens when you’re passionate about something. It’s like suddenly, the world starts to adapt itself to you. There’s actually a word used to describe this phenomenon, and it’s known as a Reality Distortion Field, or RDF for short.

Bud Tribble, CEO of Apple actually coined this phrase it to describe company co-founder Steve Jobs’s charisma and its effects on the developers working on the Macintosh project.

Perhaps a better explanation of it is how Andy Hertzfeld uses the term to describe Steve Jobs’s ability to convince others to believe almost anything with a mix of charm, charisma, bravado, hyperbole, marketing, appeasement and persistence. Say what you want about Steve Jobs, but his passion was contagious and produced unrivaled results.

Let’s see what this has to do with your fantasy…

A lot of guys are passionate about their fantasy, but they try to mask that passion when they bring it up to their significant other for fear of being…rejected. So instead they bring it up gently, lukewarmly, in an almost but not quite apologetic way. (Sidenote: being apologetic about it can actually be preferable to being lukewarm about it).

This gentle and subdued approach is actually counterproductive because of the way women are emotionally wired to respond to men.  Women want to get swept up in something, be it love, a cause, a desire, even a moment. They appreciate and respond to the confidence, the strength behind the desire, or in other words the passion behind whatever idea is before them.

The flip side to that is they get turned off by someone who presents an idea in a lackluster way. Presenting an idea in this way reeks of insecurity, hesitancy, and uncertainty—all attitudes which women simply don’t respect.

Because attitudes are contagious due to the phenomenon known as emotional contagion, they start to internally mirror that hesitancy and uncertainty, and because no one likes feeling uncertain or hesitant, they then reject the idea being presented so they can rid themselves of those unwanted feelings.

How To Fix The Problem

Whether you’ve brought your fantasy up the wrong way, and you haven’t brought it up yet at all, then do yourself a favor and bring it up in a passionate way. How do you do that?

By focusing the conversation around your meta-reasons for why this fantasy is hot to you. If you’re not yet clear on what a meta-reason is yet from reading my Free Report, here’s some clarification.

Meta as a prefix means “next level up” or “above”. So a meta-reason is the reason above your current reason. Take a look at the following example:

Goal: I want to make a lot of money. Reason: It would be great to be rich. Meta-reason: Having a lot of money gives me the freedom to do what I want.

The bolded text in the above example is the meta-reason for why someone might want to make a lot of money. It’s the deeper why for your reason. One more example:

Steve  Jobs wasn’t selling the concept of iPods; he was selling the meta-concept of having 1,000 songs in your pocket. Microsoft’s Zune provided the exact same benefits but it tanked as a product. Why? Because Apple knew how to market to people’s desires by using meta-concepts.

Maybe it drives you crazy in the most appealing way when you get to experience her naughty/slutty side, and in this fantasy, she’s exploring/expressing her naughty/slutty side in a completely uninhibited way. And knowing that you’re with the kind of woman who has that part inside her—well you just feel you’re the luckiest guy in the world, and it makes you feel things about her that make you want to ravish her with a passion she’s never felt before.

Hopefully you can see why using your meta-reason(s) to passionately communicate your fantasy will increase your chances of her being receptive to it.

The advice and information I would give to you though depends on what the details of your situation are. There are only 4 different scenarios your situation can fall under: