The Psychology Behind Why "Hall Passes" Are Harmful 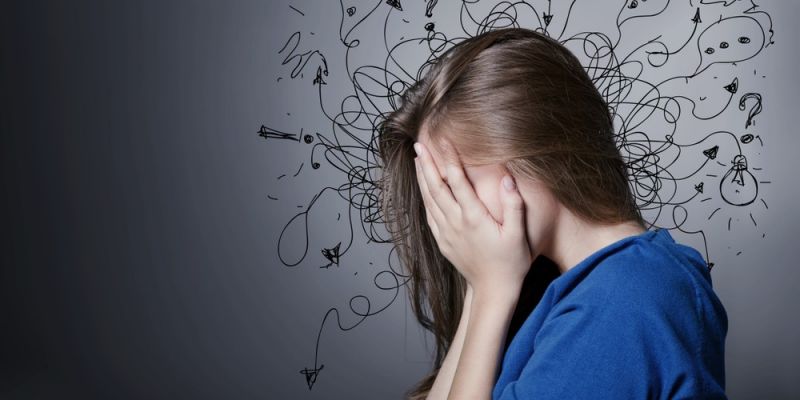 If you’ve read any of my other stuff, you know how useless I think it is (for the majority of people) to try tell your significant other they have the “freedom to” sleep with others–as if giving them a “hall pass” is supposed to make them feel better or more open to the idea.

And to be clear, I get why people think that, but I’ve been pretty detailed on why it rarely if ever works (for example, here in this article ).

What I’d like to get into in this article is the psychology behind why trying to shift your relationship from being monogamous to non-monogamous, especially under the guise of giving your partner the “freedom to” sleep with others, is extremely anxiety provoking for most normal women, and thus not a good strategy.

And if you try to immediately dispel their anxiety, it’ll only serve to make them root themselves further in it. So, let’s get into all this!

The first thing we have to understand (or rather remember) is that people use cognitive maps / mental schemas / belief systems to understand and navigate the world and areas within it–including relationships.

One of the ways we do this in / with relationships is by agreeing on a set of standards that will help us feel safe and secure in the relationships we have. Boundaries can be thought of as a specific type of standard that give the relationship predictability and structure. And by predictability, I am not using that word in a way where it implies you can simply predict everything about the other person and your relationship (a path which leads to boredom). I’m using it in a more general sense that implies you should minimally be able to count on the fact that your relationship and the rules that govern it can be relied upon to actually not dissolve any moment for any random reason.

If it helps, you can kind of think of relationships as walled gardens of sorts. (Interestingly enough, did you know that the word paradise means walled garden?)

Anyway, boundaries are kind of necessary (at least to a certain extent) to have in a relationship in order for people to be able to derive value from and thrive in it. Furthermore, the boundaries monogamy provides are many and valuable; that’s part of why it’s kind of became the current common “relationship standard”.

Now, all that said, think for a second about what you’re doing when you’re trying to go from monogamy to non-monogamy…it’s pretty accurate to say you’re essentially cutting a hole in the wall/fence around your garden, right?

That’s important to note because that wall/fence (the boundaries defining the relationship structure itself) was supposed to give meaning and structure to your woman and her relationship with you for the rest of her life. Cutting that hole means her future, which before was structured and certain with clear boundaries and a clear path, is now all of a sudden uncertain–for many reasons, in many ways. I hope you’ll forgive me for not digressing into an elaboration into every one of those reasons; hopefully for now it’s self-evident enough to know that changing something as fundamental as your relationship structure / dynamic produces a significant amount of significant uncertainty.

Anyway, uncertainty isn’t just uncertainty. Many things we feel and think have a subjective experiential element to them. Uncertainty is experienced subjectively as anxiety and is associated with activity in the anterior cingulate cortex and with heightened noradrenaline release.

Thus, when you introduce the idea of non-monogamy, and give your wife a new “freedom to” (a hall pass), to you that idea is a turn on for many reasons. To her though, it’s fundamentally experienced as anxiety-producing. She isn’t going to respond in some kind of relieved or grateful or desireful way. If she could or would, you wouldn’t need to give her a hall pass to begin with, right–because she’d be the type of woman who had her own stand-alone innate desire to sleep with others, and if that were the case, you wouldn’t be here reading this!

Well so if trying to restructure your relationship and introduce non-monogamy is something that your wife will feel anxiety about and likely reject, does that mean there’s no hope for you?

Of course not. Let me defend my “of course not” claim though by explaining how and why it’s true and thus won’t just have to take me at my word.

So…the truth that people are collections of subpersonalities, and that those subpersonalities are alive, each with their own viewpoints, wants, perceptions, arguments, emotions, etc (they’re like low resolution representations of you) should be pretty obvious.

Trying to decide how to manage and integrate all those subpersonalities (and all of their different thoughts, emotions, behaviors, viewpoints, etc) is part of the human experience. One important and relevant strategy we use to do that is by unconsciously repressing (meaning, you’re not aware you’re repressing) things that if were made conscious, would cause conflict within ourselves and/or with the world. And we do things like that all the time. Here’s an example.

You’re arguing with someone close to you, and they’re in a bad mood. They’re being touchy and unreasonable. You keep the conversation up, and maybe, all of a sudden, they get angry, or maybe they cry. And when they cry, they figure out what they’re angry about, and it turns out it has nothing to do with you, even though you might have been what precipitated the argument. (Sidenote: here they only become able to figure that out because the feelings of sadness/anger become “too strong” to continue to be repressed, so it bursts through the dam, so to speak. That isn’t the only way this can happen in general though; it’s just beyond the scope of this article to get into the other ways it can.)

So if you think about that, you’ll see it means that people can know things at one level without being able to speak what they know (ie be conscious of) at another level (the conscious level). Thoughts and feelings can exist inside you without you necessarily being consciously aware of them, and then something can happen, the result of which then eventually “permits” the thoughts or feelings to be made conscious. You figure out there was actually sadness under your anger or you figure out that X was bothering you and you had no idea it was.


What Does This Have To Do With Making Your Fantasy Happen?

I went into all that above to make it indisputably clear that the natural anxiety that your wife is bound to feel at the idea of restructuring your relationship doesn’t mean that she doesn’t have or isn’t capable of having an intrigue / arousal / interest / desire about this on some other level.

After all, as we know is possible because of our subpersonalities, one part of you can feel [some_emotion] about X but some other part of you–perhaps on an unconscious level especially if repression is involved–can feel [a_different_emotion] about the idea of doing X.

And furthermore, it would be ignorant for us to expect that she wouldn’t repress that if she did feel some kind of desire or interest. Why?

Well because it’s one thing to feel anxiety knowing you have the “freedom to” do something you didn’t ever expect to be able to or innately want to do; it’s an entirely different thing to be able to consciously feel a desire to engage in your newfound “freedom to”.

Put another way, choice implies freedom to choose, and freedom to choose results in ability to deliberate, and the amount of difficulty you have deliberating is a direct function of how much desire you have for each of the choices afforded to you.

Your wife has every reason in the world to put up resistance or reject something like this, but just one more time for the people in the back: that resistance and rejection in no way means that she doesn’t have or isn’t capable of having an intrigue / arousal / interest / desire about this on some other level.

Anyway, if you want to know how to go about actually helping your wife connect with that desire / intrigue / interest and how to do so in a way that helps her successfully and functionally manage the inner conflict about that so she opens herself to the idea of walking down the wifesharing path with you, then check out the consulting services I provide: https://www.thecuckoldconsultant.com/cuckold-consulting-plans/

P.S. I would confidently estimate that upwards of 80% of women are capable of actually having a desire to explore (and thus would also enjoy) wifesharing, so odds are if you’re reading this thinking your wife isn’t one of those women, you’re wrong 😈 . If you’ve never seen any evidence of that desire inside your woman, I can show you how to bring it out.