Do You Want To Expose Your Wife? 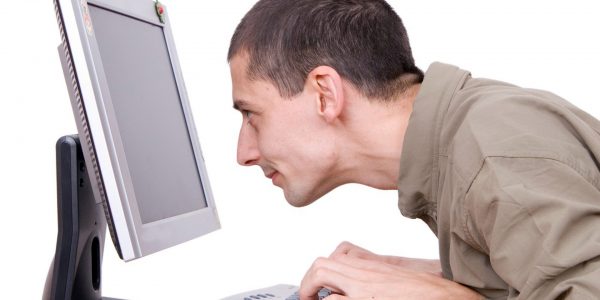 Now the first thing that goes through most (“normal”) people’s heads after reading that sentence is something along the lines of, “Why would anyone ever want to post their wife nude on the internet, especially with her personal information? That’s terrible/dangerous/sick/wrong/insert-judgmental-condemnation-here!!” Fair question indeed. This article is going to be the first of it’s kind to explain the often-misunderstood and harshly-judged practice/fantasy of exposing one’s wife. By the time you reach the end of this article, it is my hope that regardless of whether or not you agree/condone or judge/condemn this practice/fantasy, you will at least have a far better understanding of why it’s so prevalent. Let’s begin, shall we?

The Science Of Sperm Competition

Instead of jumping right in and trying to tackle the more extreme shades of exposing one’s wife, we first need to examine the more innocent shades, the shades where a man perhaps asks his wife to pose for him in the new lingerie he just bought her so he can snap some sexy boudoir photos. Most people can understand things up to that point; it’s when the husband wants to show those photos to others that this starts to break down for people.

Note: the question I’m going to answer here isn’t going to be a moral/ethical one, but rather a philosophical one which takes the form of why/how this could turn someone on.

Getting right down to it, the explanation is actually a pretty simple one. It has to do with the fact that men are hardwired to respond with sexual arousal to the sight or thought of their female partner being desired by other men. This is due to a “sperm competition” wiring men have inside them thanks to evolution. Before I explain sperm competition or address any objections you might have, let me just give you some scientific evidence to support this claim. Below is an excerpt from a research paper from the scientific journal Review Of General Psychology.

"Pound (2002) hypothesized that men...should be more aroused by pornography incorporating cues of sperm competition than by comparable material in which such cues are absent. Content analyses of pornographic images on World Wide Web sites and of commercial "adult" video releases revealed that depictions of sexual activity involving a female and multiple males are more prevalent than those involving a male and multiple females, indicating that the former category maybe preferred by men.

"In addition, an online survey of self-reported preferences and an online preference study that unobtrusively assessed image selection behavior yielded corroborative results. Pound argued that the most parsimonious explanation for such results is that male arousal in response to visual cues of sperm competition risk reflects the functioning of psychological mechanisms that would have motivated adaptive patterns of copulatory behavior in ancestral males exposed to evidence of female promiscuity." (Shackelford, Pound, & Goetz. "Psychological and Physiological Adaptations to Sperm Competition In Humans". Review of General Psychology 2005, Vol. 9, No. 3, 228–248)

What Does This Mean?

But, if you responded with sexual arousal at the sight of your female partner having sex with another man (aka engaging in promiscuous behavior), and you then have sex with her after the other man is done, you will be “tossing your hat (sperm)” in the ring and increase the chances this _your _genes will be passed on. Sexual arousal at the sight of your woman having sex with someone else was therefore evolutionarily advantageous when it came to passing your genes on.

This sexual arousal response, otherwise known as the “sperm competition” wiring, was thus passed on via reproduction, and that’s why most men have it. We are the result of millions of years of evolution.

If you’re wondering about where the construct of jealousy fits into all this, the feeling of jealousy is more of a psychological one which has it’s roots in fear and insecurity. Biology and sexual arousal responses work on a deeper level though, so thus it’s possible for a man to still feel jealousy and arousal at the same time as regards the idea of his wife being promiscuous. In cases where the man claims he doesn’t feel any kind of sexual arousal at the thought of his female partner being promiscuous, he’s either lying, or his insecurity and fear are so strong that they prevent him from being able to identify said arousal since it’s hidden (not absent) deep beneath the overbearing jealous and insecure feelings he has.

So let’s tie it all together now and reveal the relation that the sperm competition wiring has to candaulism: when you show others intimate/sexual photos of your wife, you’re in turn creating a sexual desire in them to have sex with your wife (provided they find her attractive). Knowing that other men want to have sex with your wife triggers your sperm competition wiring and causes you to become sexually aroused. That’s how/why sharing photos of your wife online turns so many men on. But..it doesn’t stop there….

The explanation for the arousal behind these more hardcore shades of wife exposing isn’t actually that different than the arousal many people experience when exploring something taboo, such as having sex in public, exhibitionism play, or having sex on someone else’s (perhaps a relative’s) bed, etc. All those things, as incredibly risky or dangerous as they are, are found by many people to be more sexually arousing/stimulating then having vanilla sex in the confines of their own home where there’s no risk or danger. Why?

Well, when you do things you aren’t supposed to be doing and you risk “getting caught”, your physiology actually floods your body and brain with all kinds of hormones and neurotransmitters. Here’s where it gets interesting.

When your body and brain are flooded with these hormones and neurotransmitters, any other accompanying feelings of sexual arousal you happen to be experiencing before/during/after this flood are actually amplified.

Said another way: when you engage in any kind of taboo/risky/dangerous sexual practice or fantasy, the flood of hormones and neurotransmitters you experience due to the worry/anxiety of getting caught actually amplifies any sexual arousal you already have and is responsible for taking one’s sexual arousal to intoxicatingly high heights.

At it’s core when you think about it, it’s really no different than how make-up, break-up, or angry sex can be some of the hottest sex you ever have. The only thing that’s really different with those kinds of sex though are the potent and raw emotions which accompany the sex itself. In other words, physical stimulation can only be so pleasurable. It’s actually psychological stimulation which takes the physical pleasure experienced during physical stimulation to new levels.

The practice of exposing one’s wife with her personal information is perhaps one of the riskiest/most dangerous things you can do. All kinds of things could happen (and go wrong). The men who do this experience the anxiety of something happening (or going wrong) in a very real way as they sit in front of the computer, their hands literally trembling as they post. It’s this anxiety though, this very real fear and trepidation at the thought of someone else knowing who they and their wives are in real life, that amplifies their already-present sexual arousal to dizzying degrees.

There’s one more important component to all this that I wanted to mention. That component is the ability that this kind of sexually charged risky practice has to grab a man right by his throat, turn his stomach in knots, and make him feel an almost intoxicating panicked-mania. For a moment, or a minute, or an hour….as long as he continues to expose his wife…he really…truly…feels. He’s totally present during that time, feeling everything, feeling something different, something poignant, something new, something real.

And that’s where this all fits in psychologically speaking. You see, everyone craves to feel alive, especially in a time when most of your life is spent doing things you don’t want to do for results that you’re really only marginally happy with. It’s the rare man that wakes up every morning and thinks, “Yes, I’m truly happy with the life I have and desire nothing else.” It’s more common for your feet to hit the ground in the morning and to feel as though you’re on a hamster wheel, day-in, and day-out.

So most men wind up becoming numb to their lives. They learn not to feel in order to escape the experience of feeling like their soul is being sucked dry by the daily drudgery of life itself. And all the while, they’re dying inside because they don’t feel much of anything anymore.

But when a man is sitting in front of the computer engaging in some candaulistic play, he’s jolted right out of his predictable, hum-drum life; the world and his experience of it becomes de-familiarized. And the more unsettled he feels, the more he is lifted out of the daily drudge of his everyday life in which he feels almost nothing at all. (Sometimes, this goes double when the husband has someone else expose his wife’s pictures, a process known as candaulism-by-proxy.)

To be sure, I say none of this to condone or condemn. Rather, as I said in the beginning, this was my attempt to help people wrap their heads around an oft-misunderstood phenomenon. Whether you agree with it or not, whether you partake in it or not, the fact remains that for many men, exposing their wives is a very ecstatic (albeit unsettling) experience, one bordering on the mystical. It’s just not for the faint of heart.