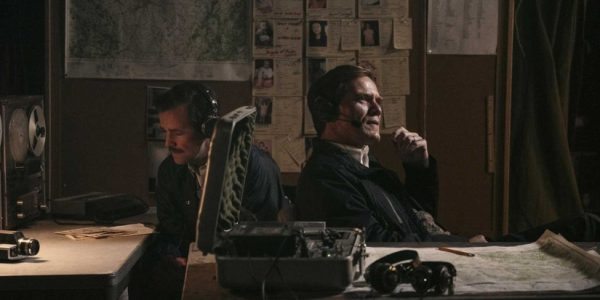 Did you know that in negotiation standoffs between the FBI and alleged suspects, there are often as many as five negotiation agents on the line (silently), analyzing the information as it comes in from the suspects on the other end?

These silent agents would offer behind-the-scenes input and guidance to the main agent on the phone. One agent would be trying to gauge the mood of the bad guy taking the lead on the other end, and another was listening in for clues or “tells” that might give the FBI a better read on what they were facing, and so on.

Some people balk at this notion, asking if it really takes a whole team of people to simply…listen and hear someone out. Well, the fact that the FBI has come to that conclusion should be a wake-up call. It’s really not that easy to listen well.

Not only are we are easily distracted, but we engage in selective listening too, hearing only what we want to hear, our minds acting on a cognitive bias for consistency rather than truth. And that’s just the start.

Most people approach a conversation so preoccupied by the arguments that support their position that they are unable to listen attentively to the other person. In one of the most cited research papers in psychology, George A. Miller shows that we can process only about seven pieces of information in our conscious mind at any given moment. In other words, we are easily overwhelmed. And for many people, it’s the voices in their own head that are overwhelming them.

When they’re not talking, they’re thinking about their side of things, and when they are talking, they’re making their arguments. And when you factor in that the other person is most likely doing the same thing, all you have is everyone just listening to the voice in their head (and not well, because they’re doing seven or eight other things at the same time).

What’s All This Got To Do With Cuckolding & Hotwifing?

To many women, the very notion of going outside the marriage for anything, let alone something as intimate and special as sex, is a big red flag. Not only does it not make sense at first that the person who loves them wants to _share _them with others, but it’s an extremely risky and intimidating idea to think about in reality.

That’s why just thinking about an idea like this can make most women feel uneasy, intimidated, worried, confused, etc. So what do you think is going to happen if you try to talk to a woman whose feeling all those things to try and get her to change her mind?

You’re going to be met with some pretty strong resistance.

Interestingly enough though, there’s a simple “trick” that will help you take that resistance and cut it in half. Want to know what it is?

Psychotherapy research shows that when individuals feel listened to, they tend to listen to themselves more carefully and to openly evaluate and clarify their own thoughts and feelings. In addition, they tend to become less defensive and oppositional and more willing to listen to other points of view.

But as you now know, listening isn’t nearly as easy as you think. And that’s where I come in.

Not only can I help you improve your listening skills tenfold (to the point where your wife will explicitly tell you she’s never felt more understood by you than now), but I can analyze the objections your wife has given you about your fantasy and give you behind-the-scenes input and guidance so you can restructure your approach and make significant headway in getting her to start to open up to your fantasy.

If you’d prefer to navigate this mostly on your own, then I’d suggest at least letting The Cuckold’s Compass Objection Guide. I’ve made the offer so that you literally have nothing to lose…

If you’d prefer to take a shortcut, well then my signature Personalized Cuckold/Hotwife Plans™ will be exactly what you’re looking for.