The Unbelievable Truth—That Cuckolding Is On The Rise 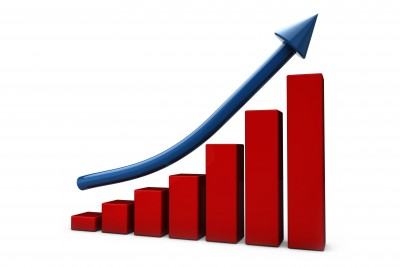 If you’ve ever thought that you were in the minority by having a cuckolding/hotwifing fetish, then you’re not going to believe how wrong you were.

It’s hard to imagine thinking otherwise though, especially in a world like ours. After all, we don’t hear often hear a lot about alternative romantic relationships. And when people do talk about such topics, it’s usually in a disparaging or derogatory way.

The truth of the matter though when it comes to cuckolding/hotwifing is that wanting to see your significant other have sex with someone else is an extremely popular and common fantasy to have—and now we have proof.

But wait—if this is such a common fantasy, then why aren’t more men admitting of it?

Well, think about it. How forward are you about your innermost sexual fantasies? Not to mention, this one seems bizarre on the surface so it would probably be the last one on your list you’d reveal.

As a matter of fact, most men are genuinely uncomfortable inside themselves about the fact that they get turned on by fantasizing about their wife or girlfriend having sex with another man. They think it means something is wrong with them.

If men aren’t comfortable accepting or even admitting their cuckolding/hotwifing fantasy to themselves, then they certainly aren’t going to be talking about it with others.

But there’s a certain danger in the fact that this fantasy is considered by many to be so taboo. That kind of atmosphere existing around fantasies like this don’t exactly encourage men to speak up about them, much less try to get them to happen.

Most men view attempting to get their partner to indulge in their fantasy as a really big risk. It’s because of this that their attempts are usually nothing more than very gentle or subtle hints that they’d be turned on by something like this.

This way, if their partner rejects the fantasy or has an adverse reaction to the idea of it, the men can play it off as not being that serious anyway. But that’s the one thing I consider truly tragic, and that’s why I need to tell you the truth–even though you might not want to hear it.

The Dangers Of Letting Your Fantasy Go Unfulfilled

No matter how hard you try, you won’t be able to escape how damaging it can be for your relationship to allow deep desires like yours to go unfulfilled. This fantasy you have won’t go away, and it’s because it isn’t just some surface level want. You’re repressing a part of your sexuality, and that NEVER works out in the end, because the longer you go without taking steps to actually do something about it, the more it grows, brimming and bubbling up to the surface like boiling water in a covered pot.

It’s only a matter of time before it spills over, because the urges you have WILL find other ways to express themselves…but they’ll be negative ways.

And it’s only a matter of time before you’ll be able feel the unfortunate effects of a distance that’s imperceptibly been growing between you and your partner over time, slowly corroding your relationship. May luck be especially with those who don’t feel that distance developing, because by the time they do it’ll be too late.

In the end, whether you’re controlled by your own fear masquerading as all the reasons you can’t or shouldn’t make your fantasy happen, or you’ve resigned yourself to accepting your wife’s rejection of your fantasy at face value, you my dear friends are doing the worst disservice of all to yourselves, your wife, and your relationship…

…You’re trying to repress your true self, and that’s something I’ve yet to see it end well in the long run.

So What Are You Supposed To Do?

Your fantasy wants to be sated, and I get it—your wife said she doesn’t want to do it, so what are you supposed to do?

If you’ve already done that, then why not fill out my FREE Cuckolding Success Probability Assessment that will tell you what the chances are that you can actually make your fantasy happen?

Also, feel free to contact me in real time by using the “message” button at the bottom of your screen.

You have the desire, and I’m offering you the guidance. The next step is up to you.