Make Or Break Your Wife's Openness To Sleeping With Other Men 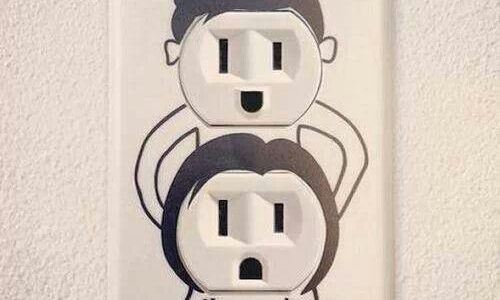 What Do The Following Three Situations Have In Common?

There’s a company in the United States that has employees go door to door in an attempt to get homeowners to switch electric companies to save money.

The electricity works the same, obviously. And it’s not a scam; you actually save money. Yet, so many people are so resistant to the idea of switching when there are literally no downsides, and a guaranteed upside. Why?

I worked in residential treatment facilities in the human services/behavioral health field for a bit in undergrad and grad school. One of the things that blew my mind was that the majority of workers always complained about being overworked and underpaid—especially those with the most tenure.

The job was intense; the pay was meager. Many said they didn’t even enjoy it anymore, and the work itself, although it can be rewarding—it’s oftentimes not. Yet, so many of those staff members never did anything to get themselves another job. Why?

It reminds me of people who are in non-marital relationships where they aren’t happy.

The good times become fewer and fewer, and bad times become more frequent. Yet, despite how miserable they are, they never take any steps to end the relationship. Why?

Don’t Be Afraid To Change Your Answer

Now, before we get ahead of ourselves, I want to make it clear that there are certainly many factors influencing why people act the way they do in the situations above, and none of the aforementioned situations should be reduced to a one-reason explanation. But…there is something, a common thing, that you want to be aware of, which plays a big role in all three of these situations.

It can go by different names. Familiarity. Security. Fear of change. Whatever you call it though, the effect is such that this factor strongly influences people to be averse to the idea of change, and to have an affinity for what is familiar. To understand why this factor exists, click the blue text below. If you don’t have an interest in knowing, simply continue reading below the blue text.

Back in the day when we were hunters and gatherers, the world was a dangerous place. Venturing into the wrong territory, and you could get your smashed in with a rock. Eat the wrong berries, you would die from ingesting poison. Your survival was constantly being threatened and you had to be very careful and aware of yourself and others, and the decisions you made. In such a world, those who were wired in such a way that they were inclined to do what they found to work and stick with what worked survived. Why? Because they were doing what they were already certain would yield them the result they wanted. Those who were wired without that tendency, and who didn’t fear change, tended to want to do things differently or stray from the status quo. These people were far less likely to succeed, and they were far less likely to survive. And because they weren’t likely to survive, neither were their genes. It became such that not only did the smart ones who were wired to inherently fear change survive, but this wiring became emotionally enforced due to seeing firsthand the dangers of change. Millions of years later, here we are as humans–with the same wiring that allowed our ancestors to survive. This is why the very idea of change can oftentimes be enough to make sure we don’t take action because we’re wired to respond to that fear.

Introducing this fantasy involves a major change to your relationship’s structure/dynamic. So merely because it involves doing something different, your woman’s brain is going to react with aversion. It gets a little more complicated though because the mere idea of what’s involved in this fantasy is also a major threat to your woman’s security. Let me illustrate by talking about one of my clients (with his permission of course).

“Karl” was a 42 year old male and had been married for 10 years to “Gina”, a very attractive 38 year old woman with long, dark brown hair.

Karl had a kink for loving to photograph his wife nude. She liked making him happy, and besides, she enjoyed it. It was her enjoyment of it that made it possible for him to be able to get her permission to even let him post her on the internet.

Anyway, they both enjoyed him posting her on the internet, he quite a bit more than her. He liked to post where others could comment, and whereas he liked the comments very much, they kind of “skeeved” her out, as I believe she put it.

Rightfully so, as some guys would ask Karl if he’d be willing to lend her out. She wasn’t comfortable with that. Of course, not many women would be though.

Karl on the other hand would secretly get off to the idea. He didn’t want to tell her because he thought it would hurt her since she seemed so strongly against it. The problem was that his fantasies became more and more detailed, and he started feeling his excitement about lending her out grow into a need that had to be sated. There was no other way to put it.

Karl and I crossed paths, and Karl wound up enlisting my assistance.

The first barrier in his situation was how Gina conceptualized the idea of being shared. By talking with Karl, it became clear how much Gina valued being possessed by him; being “his” woman, “his” wife.

Having her body online for strangers to view was rationalized as ok because he wasn’t sharing her. Others could look, but they couldn’t touch. Plus, it made her feel sexy, and what woman doesn’t like to be made to feel sexy, right?

In other words, to her, him posting her on the internet didn’t disallow her to feel possessed by him. Being shared with another man though was a different story.

The second issue was one that revolved around what it’s like to be a female in the world.

Most of you reading this are men. Now, if I asked 100 of you how many times in the last month you were walking out in the world and felt in danger/unsafe…I’m talking like your stomach knotted up and you feared for your life for some real or imagined reason…most, if not all of us would say we haven’t.

If I asked this same question to 100 women, most of them would say at least several times—in the last two weeks, let alone the last month.

For women, every day scenarios like walking to their car, being alone outside at night, etc., can trigger them to go into fight or flight and worry for their physical safety. This happens quite frequently actually and is very normal. Why?

Because women are hardwired to worry about their safety more than men are.

So women worry about their safety to the point where they consciously think about it. As men though, we don’t worry about our own safety. Why would we, right?

Well, it follows and makes complete sense that a woman even thinking about meeting someone new, let alone having sexual relations with him, would trigger feelings of nervousness and anxiety within her to the point where she would worry about her safety.

For Gina, she’d been with the same man for more than a decade, and took solace knowing she was safe in her relationship. It was comfortable. There was no threat to her safety. So for her to see other guys out there (on the internet) who make such crudely explicit sexual comments about her, who want to have sex with her when they don’t even know her—some in derogatory ways—she got “skeeved” out and didn’t like the idea at all. Not one bit in fact.

At the end of the day, you have to acknowledge that there are factors that are working against you though from the start–like our aversion to change, our affinity for familiarity,  and the important role that safety and security play for women. And more importantly, you’re going to want to understand that for the most part, they’re all out of your control. But, there’s something you can do that allows these obstacles room to exist (which is better than fighting them, as I explain in my guide on the How To Overcome Your Wife’s Objections) while you work around them.

That something is all in the how you go about getting someone from point A to point B. (Sidenote: there’s an entire school of Psychotherapy–called Strategic Therapy–based on this idea). Here’s an example to illustrate that point using the scenario of attempting to convince a friend or relative to switch electric companies.

You could approach your friend or relative in two main ways.

In approach style #1, you tell your friend or relative that there’s a new electric company that saves you a bunch of money, so you’re going to switch and you think they should switch too because of how much money they’ll save.

In approach style #2, you bring up the topic of the weather in the midst of a conversation you’re having and mention how ridiculous your electric bill is in the summer or winter due to how expensive electricity has become. You both lament on how much money you’re losing each month to the electric company, and you wish it were cheaper. And then you move on to a different topic.

The next time you have a conversation, you bring up the electric bill again but you also mention that you heard of this new company that saves you 20% on your electric bill. However, you voice your skepticism by saying if that were the case, then surely everyone would switch. You say you’re going to look into it anyway, and you tell your friend or relative that you’ll keep him posted.

The next time you have a conversation, you tell him you looked into it, it’s legitimate, and you’re going to switch this week. You tell him you’ll keep him updated on the process to let him know how easy it was.

The next time you have a conversation, you tell him switching was more than easy, here’s what you did, and now you’re getting a rate on your electricity that’s X% better than what you were getting.

Which style of approach do you think is going to influence how receptive to the idea he is going to be to switching electric companies?

Applying All This To Your Own Situation

If you want to increase the chances of getting your wife to be open to sleeping with another man, then you need to make sure the _how _of how you’re going to go about it respects the desire women have to be seduced by ideas from passionate men.

As much as you view this as a goal, she’ll experience it as a process, and each step in the process is just as important as the one before it. And it all starts with the first step.