You Just Want To Sleep With Other Women! 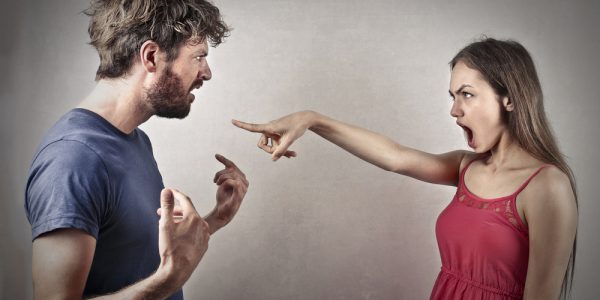 Have you ever watched a movie or a television show with your wife/girlfriend and had her relate it back to you and her by asking questions like, “Would you ever do that? Do you think I would do that? What would you do if…would you ever…etc.”?

Of course you have. It’s a universal experience. And females aren’t the only ones who engage in this type of self-related reflection. Everyone does.  We even do it to our own selves by thinking about the specific social issues or “sophie’s-choice-like” situations a movie touches on after the movie is over. We think about how those issues relate to our own lives. And there’s a Psychological reason behind why we do this.

According to this law, movies, tv shows—even books—cause us to go inside ourselves and relate the storyline and everything that has to do with it back to our own lives. Why?

Because otherwise, the story itself would be a meaningless abstraction. In other words, stories cause us to think, to go inside ourselves and search for understanding; for emotional relevancy.

What Does This Have To Do With Cuckolding & Hotwifing? 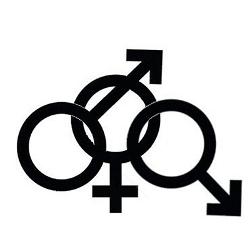 So when you bring up the idea to your wife of her sleeping with another man, one of her first thoughts will be to try and understand why you’d ever want this. She’ll go inside her mind and search around, and she’ll find no evidence or part of her that finds the idea appealing. To her, it’s just short of crazy. So she thinks, “Why is he suggesting this?”

One of the next things that will happen in her mind is she’ll look for a part of her that would want you to sleep with other women. She’ll again come up empty-handed. But she knows there has to be some reason why you’re suggesting something that doesn’t make any sense. And that’s when the more primal parts of her mind kick in. 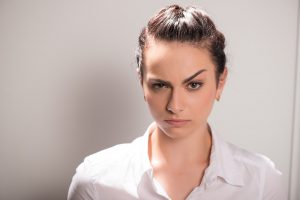 Believe it or not, we’re still primal creatures at heart. All of the things that motivated/influenced/controlled us back when we were still hunters and gatherers still have just about the same impact on us today. Perhaps the most important of those things would be our drive for survival.

Now for women back in hunter gatherer days, when the world was fierce and dangerous, survival was largely a matter of finding a mate who could protect you from the world and everything in it. And if your mate happened to leave you—say for a younger, more fertile woman—your chances of survival plummeted. It therefore benefited a woman to keep tabs on her man and look for any signs that he might be interested in someone else, so this way she could do whatever she needed to in order to keep him with her (or prepare for being left alone).

In other words, suspicious women were more likely to survive.

So if jealousy is nothing more than a negative internal emotional response that happens when you perceive signs that your mate might be interested in someone else, then suspicion is what makes you open/able to identify these signs and do something about them before they spell disaster for your survival. And your wife is hardwired to be suspicious.

Back To Your Wife 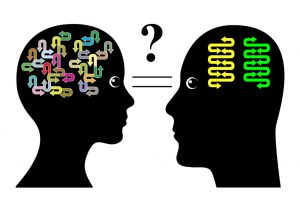 And there it is. To her—or rather, to the suspicious part of her mind—that reasoning makes sense. And that’s about the time when you get the, “You just want to sleep with other women,” accusatory response.

Now you, being you, knows that’s not true. You don’t have any real desire to sleep with other women. What turns you on is the idea of her sleeping with other men. So it’s only natural to try and logically and earnestly explain that to her. She’ll come to see reason….right?

Let me know how that works out for you. *sarcasm*

Well What Do I Do Instead? 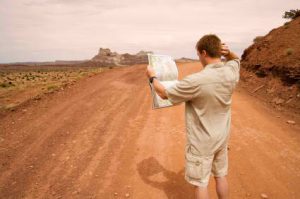 The first thing you’ll need to do is understand this type of response falls into the Understanding Gap Objection Class. (Sidenote: there are only six different classes of objections her resistant responses to your fantasy could fall into.)

And the way that most men handle this class of objection (trying to reason their wives out of it) actually causes their wives to become even more entrenched in their suspicions. But do know what the REAL kicker is?

There’s really not much of anything you can say to try and convince her otherwise. That’s why the second thing you need to do is realize that this isn’t a matter of “convincing” her of the truth. Convincing deals with logic and reason (which is in one part of your brain). Suspicion comes from an entirely different part of the brain. That’s why it doesn’t and can’t ever work. What you need to do is reach the emotional part of her brain.