Did Your Wife Give You Objections To Your Fantasy? 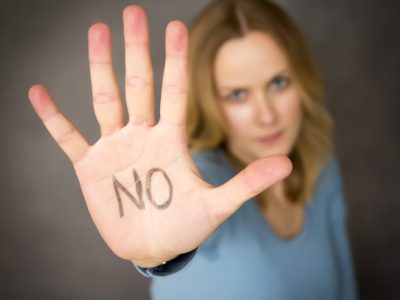 If your wife objected to the idea of sleeping with other men, congratulations!

Because of two very important reasons. Before I tell you what those reasons are though, I want to tell you why you should not only expect to encounter objections along the way, but also help you understand why it’s a good thing to have encountered them.

You know what this should tell you?

Now before I accidentally trigger people who think otherwise, let me throw them a bone. Am I saying that being married to a young, hot, open, non-religious, slutty-by-nature woman won’t have any effect on whether or not she might be more willing to do it than a woman who is her opposite? No, I’m not saying that at all.

What I’m saying is that the factors that can make the difference between getting your wife on board to sleep with other men versus being gridlocked due to her stubborn and close-minded resistance are more in control than you might think.

Let that be the fuel to keep your hope alive that your wife can too.

We don’t live in vacuums; we live in societies. In turn, societies condition us to think and not think, feel and not feel, and act and not act in certain ways according to the values, beliefs, and mores of the society and time in which we live. This is what is known as social conditioning.

Furthermore, our past and our families also play a very large role in conditioning us. So I want you to take a minute and think about how your wife has been conditioned, societally and familially.

If she’s like most other women, she’s been raised to value things like sexual prudence, privacy, monogamy, happiness, morality, respect, boundaries, etc; to be averse to things like infidelity, promiscuity, open relationships, etc; to fear what’s new and threatens to affect any kind of status-quo harmony she has come to expect and depend on; to desire security and safety; to be defensive towards anything that could take away what she sees as hers or what is important to her.

If you can accept the above description as accurate (as accurate as a short description like that can be), then what kind of response would you expect to get when trying to introduce something right into the middle of your relationship that at best goes against your wife’s values, triggers her feelings towards what she’s averse to, stirs her fears, and threatens to possibly upset everything she’s come to hold dear more than her very life itself?

Here’s Why I Am Congratulating You

So that congratulations you were given just a few paragraphs up—I said I was giving it to you for two reasons. And now, I’m going to tell you what they are.

The vast majority of guys who were able to make their fantasy happen encountered some kind of resistance along the way. Some guys face a lot of resistance up front, some guys in the middle, and some guys the very minute before she’s about to walk out the door to leave for her date. Getting resistance doesn’t mean you can’t make your fantasy happen; it means you need to figure out _how _you can work around the resistance she’s giving you in a way that she’ll be satisfied with.

The advice and information I would give to you though depends on what the details of your situation are. There are only 4 different scenarios your situation can fall under: