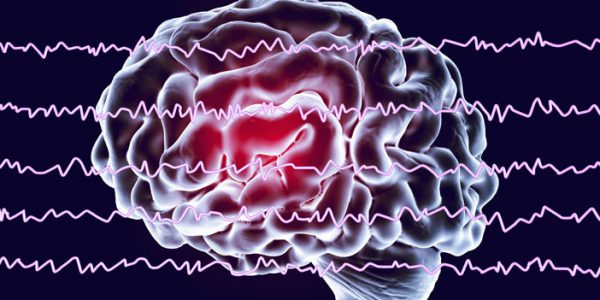 Almost no one would say that it’s abnormal to want to be happy. Indeed, for many people, the pursuit of happiness is a worthwhile one. But curiously enough, happiness isn’t the only emotion we want to experience.

As humans, we also actively pursue feeling other emotions such as fear, surprise, anticipation, sadness even (just think of all the people who enjoy watching sad movies). We seek to experience these emotions in all kinds of ways from drugs to roller coasters and from gambling to haunted house experiences.

Now, if you’re curious at heart like me, you’d naturally ask why anyone in their right mind would want to feel something “dark”, “bad”, or “negative”. The answer you would get though would depend on whom you asked that question to.

It would therefore make sense to ask as many people as you can to get as many different perspectives as you can, so one day, when you go back and analyze and meta-analyze all the different perspectives, you might begin to see patterns and meta-patterns which might spark the beginnings of the synthesizing of a cohesive and comprehensive theory of sorts. 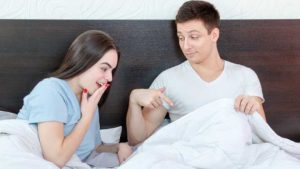 Now, when it comes to understanding the psychology of human emotion, do you know who some of the best “natural psychologists” are? Writers. People who write books and movies, screenplay and stories. Some of these people have such a masterful and intuitive understanding of the psychology of human emotion and can provide you with some of the most interesting insights into human behavior than even the most knowledgeable of trained and educated professional psychologists out there can.

I mean this is about as close to playing with fire as you can get when it comes to relationships right? To be clear, I was asking her perspective on if cuckolds don’t want their wives to leave them, what is it that they do want to feel deep down?

Becca’s response was interesting. She said, “A man that’s aroused by being cuckolded is ultimately aroused by the idea of being forced to confront his inadequacy as a husband and/or man. It’s also why cuckolding is such a difficult fantasy to embrace for so many people and why it can rarely be practiced without the man experiencing some sort of angst…While no man gets into cuckolding hoping his marriage will end in divorce, that result would also be the ultimate confirmation of his inadequacy, and thus it can be an arousing idea. Most cuckolds (or wannabe cuckolds) don’t actually want it to go that far because the destruction of the marriage simply isn’t worth the temporary erotic high, but there is often pleasure to be found in their wives developing an intimate connection that goes just a little bit beyond what seems safe.”

“There’s a thrill to be found in the taboo nature of a married woman developing that kind of connection with another man, too. Sometimes bending societal rules can be exceptionally thrilling, and the bonds of marriage are supposed to be sacred (though obviously a huge percentage of people cheat regularly).”

Whether we’re talking about the experiences of confronting inadequacy or breaking the sacred bonds of marriage though, both via cuckolding, these explanations (and others) have something in common. They all involve the experience of feeling a certain auxiliary emotion(s) before or during sexual arousal. Furthermore, on some level, the person enjoys feeling whatever that emotion(s) is (otherwise they wouldn’t be seeking out experiences which produce that emotion in them).

All this tells us one simple thing: it’s the simultaneous experience of two or more different emotions before or during sexual arousal which is responsible for taking the cuckold’s sexual arousal to intoxicatingly high heights.

At it’s core when you think about it, it’s really no different than how make-up, break-up, or angry sex can be some of the hottest sex you ever have. The only thing that’s really different with those kinds of sex though are the potent and raw emotions which accompany the sex itself. In other words, physical stimulation can only be so pleasurable. It’s actually psychological stimulation which takes the physical pleasure experienced during physical stimulation to new levels. It can therefore be said that experiencing another kind of emotion while experiencing sexual pleasure synergistically amplifies that sexual pleasure.

And that synergistic pleasure, it’s amazing. It truly is a high, one which becomes a bit difficult to manage. Becca mentioned, “For some guys, it becomes like an addiction. While they didn’t start wanting their wife to divorce them, they can’t help but want to chase the greater sexual high of deeper humiliation and proof of their inadequacy. I’ve talked with a few cuckolds (mostly young guys) that know it’s destructive for their wives/girlfriends to go too far, and yet they can’t stop it. They get such a rush out of the behavior that they don’t do anything to stop it. I suspect those relationships will all come crashing down, but I think that’s in part due to their youth as much as their seeming addiction to the massive arousal they feel.”

Let’s get back to the angst now, which is itself beyond feeling inadequacy or the thrill of indulging in something taboo.

Whether you want to categorize it as a positive or negative emotion, it doesn’t matter. What matters is that the feeling of angst is powerful. Feeling angst produces an intoxicatingly dizzying surge of physiological hormones in your body and neurotransmitters in your brain that rip you right out of whatever headspace you might be in and bring your full, undivided attention to the present sensations you feel. Indeed, you’re totally present in that moment,, feeling something different, something poignant, something new, something real. 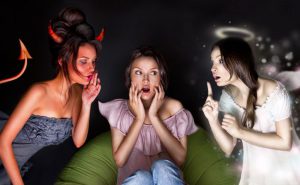 “There’s a delicate balance to a cuckolding relationship and there’s no question it takes some measure of restraint to maintain it. While some couples manage to keep things strictly sexual, it’s hard to refrain from making an emotional connection when you’re sleeping with the same guy multiple times. For me, part of the pleasure of cuckolding is making those emotional connections and enjoying everything that comes with the start of a new relationship. I like the flirty texts, figuring each other out sexually, and the kind of sexual heat that can only be found in a new relationship.

“If I really connect with a guy when I first meet him, I know from the start I’m going to have to end things with him before it gets too far. Before we’ve even shared a kiss, I know that I could easily let it go too far. If I’m being honest though, I don’t struggle with it much. The last time I had to end things it was because the guy invited me on a weekend vacation with him. He wanted to spend romantic time together, to have it be just the two of us. It would have been lovely, I’m sure, but it was a step too far. A weekend of sex at a high end hotel would have been different (that’s fun). This was him trying to woo me (in some way and perhaps just subconsciously). Instead of going away for a weekend, I ended the relationship because I knew it would have been a step too far, something my husband would have found hurtful instead of arousing.

“Ultimately, a cuckold marriage works best when the core relationship (husband and wife) is strong. If I was married to a man that didn’t work hard, had completely let his body go, rarely paid any attention to me, and was genuinely worthless in the bedroom, I’d almost certainly just leave him for someone else. Because he’s none of those things and because we’ve been together for so long, I can’t imagine leaving him for someone else. Why would I destroy something that feels like a perfect life just because I’m having great sex and feeling an intimate connection with someone? I have enough experience to know that those things are fleeting and that I’m lucky enough to have a husband that happens to be aroused by my experiencing those things with other men.”

Continue
If you've already taken it, then you should really consider taking advantage of the current deal I'm offering on [The Cuckold's Compass Objection Guide](https://www.thecuckoldconsultant.com/diy-special-offer-2/). I've made the offer so that you literally have nothing to lose...