Can You Trick Or Manipulate Your Wife Into Cuckolding You? 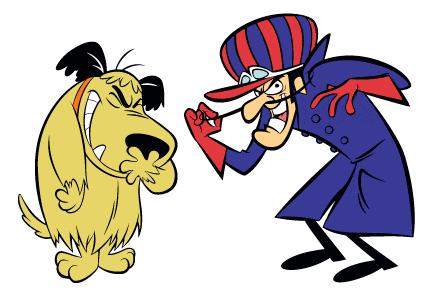 Great question. Do you know what the answer is? The answer is unequivocally “NO!”

Back in the 1950s, the US government created Project MKUltra (sometimes referred to as the CIA Mind Control program). It was a program of experiments designed to achieve the goals of either brainwashing, hypnotizing, or otherwise being able to exercise some kind of control over another human being’s mind. Some of the methods they used were extremely horrific and unethical, other methods were quite benign and harmless, and still others yet were just far-fetched and absurd.

Now, could you imagine if achieving such results were possible? Imagine just for a second what that could mean…being able to control someone else’s mind; being able to manipulate them into doing something they never really wanted to do in the first place. It would be unprecedented. It’s no wonder why the CIA was heavily invested into being able to get even the smallest results.

But after all the time, energy, money, research, manpower, etc., from the world’s most brilliant minds, do you know what the end result was? “Gottlieb [the head of the project] dismissed his entire effort for the CIA’s MKUltra program as useless.”

What Does This Have To Do With Your Fantasy? 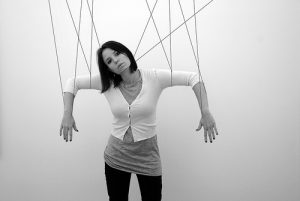 Here’s my point. If the world’s most brilliant minds couldn’t figure out a way to trick/manipulate/brainwash someone into doing something “against their will”, than you probably shouldn’t think it’s possible to do so either. Nor would I recommend you try. But you wouldn’t really want that anyway, would you?

Let’s be honest. Even if you did have the ability to create a Stepford Wife, willing to do whatever you wanted, that’s not what you _really _want.

What you really want is for your wife to want to have this fantasy with you. You want her to want to sleep with other men, to want to let her inner slut out, to want to be sexually free and uninhibited so the two of you can willingly and openly explore this fantasy together.

That is the essence and the epitome of making this fantasy happen. And do you know what?

If you know how to connect emotionally, intimately, and passionately with the deepest part of your wife’s inner sexuality, you can make your fantasy happen in the exact way you want it to. It’s all about helping unleash what every woman (including yours) has inside her–even if she says she doesn’t.

And there’s something you should know about women.

The Seduction Of Ideas & The Idea Of Seduction 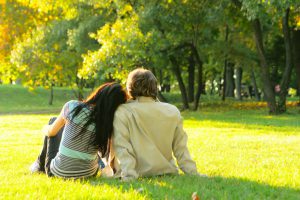 Women enjoy and are much more open to ideas when the ideas seduce them over time. And any resistance along the way has nothing to do with whether or not she’ll come around to the idea. If anything, her resistance will mean she’s even more likely to enjoy it if you succeed in hanging in there throughout that process.

Take the movie Pretty Woman. At first, Richard Gere and Julia Robert’s relationship is nothing more than a business transaction. Slowly, it imperceptibly evolves as the story unfolds. The audience begins to think the unlikely couple might fall for each other; perhaps something deeper is blossoming between them. The audience is indirectly seduced to want Richard Gere and Julia Roberts to fall for each other.

And as soon as they think it’s going to happen, something gets in the way. There’s a problem, an obstacle, something goes wrong. But by the grace of passion and what could be love, they get past it. But then something else gets in the way. It sabotages their chances, and the audience is left unfulfilled, anxious, desperately longing for whatever is keeping them from each other to be resolved.

Eventually they wind up coming together in the cheesiest yet “most romantic” of ways, and all is felt to be right with the world.

Can you see the inherent drama that is inextricably woven into the very fabric of not only this romance movie, but every successful romance movie ever made?

Not only that, but every successful action/adventure movie has a similar structure, and it’s called The Hero’s Journey. What would Star Wars had been if Luke embraced his destiny without any hesitation? What would the newest Batman movies be without the internal Bruce Wayne has before accepting himself as a crime-fighting vigilante?

The point is that these things don’t always unfold in linear fashions. (Sidenote: women and linear are like oil and water). You simply should expect there to be some drama along the way. But that drama, that push and pull, the resistance and openness—that’s what makes the seduction worthwhile to women.

And your success will have been due to the reassurance and trust that she was able to place in you because of the connections you will have been able to make with her. And this all will have happened as the two of you grew closer together while you were taking the steps you needed to take to make your fantasy happen.

Don’t look for ideas to trick or manipulate your woman to try to get her into your fantasy. Not only will they be utterly useless to try, but it’ll most likely wind up hurting your chances of being able to make your fantasy happen and it’ll negatively impact your relationship.

Both my educational background in Marital & Family Therapy and my experience as a counselor inform my approach, so you can rest assured you’re in good hands because the advice and information you get here will always be solid. But don’t take my word for it–go see for yourself. If the ideas and information you find on my site don’t seem insightful, accurate, or make sense, then by all means, feel free to either let me know or go back to the internet.

But if you find some value in them…then perhaps you’ll realize just how close you are to finally being able to make your fantasy happen.