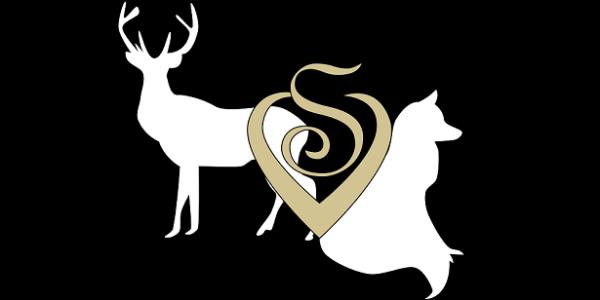 Before I help you answer this question, I want to make it clear that I’m not one of those label-nazis who like to go around arrogantly correcting people when it comes to the terms they use to label their extra-marital arrangements/relationships. So why the article?

But not all men who desire their wife to sleep with others have these tendencies or desires. (Note: there is absolutely nothing wrong, abnormal, or unhealthy with those kinds of desires. Society’s ignorance and judgmentalness prevents it from understanding that.)

Let’s start by talking about the term Stag.

I Thought A Stag Was Just A Word For A Male Deer? 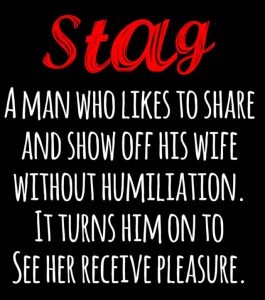 A Stag is a word to describe a straight man that shares his wife or girlfriend sexually with other men and derives his pleasure solely from watching her arousal. This arrangement, called Stag Hotwifing, typically occurs in one or more of the following ways:

Unlike certain cuckolding arrangements, Stag Hotwifing involves no humiliation, cruelty, or attempted displays of dominance by the other men towards the Stag. A Stag is confident and secure enough to share his woman without sacrificing his masculinity. _Ipso facto, _stags are not submissive. In fact, they are often dominant themselves.

Stag Hotwifing involves a great degree of respect for all parties. If there is any “serving”, it’s done by the bull. A Stag doesn’t desire to see his woman “used” by another man. He just occasionally enjoys watching his woman experience passion and pleasure in new and exciting ways. It often makes him desire her more.

Reclaiming is a very central to Stag Hotwifing. The vixen belongs to the Stag and to the Stag only. She can only be “borrowed” at best by a third party.

Exploring and enjoying Stag Hotwifing is seen as enjoying/exploring fun and games. The main relationship is the priority, and nothing about Stag Hotwifing is taken too seriously. A Stag does not seek out other women in return, and is simply focused on his own woman’s pleasure, and the pleasure he gets from seeing/experiencing her pleasure.

Vixen: Not Just A Name For One Of Santa’s Reindeer 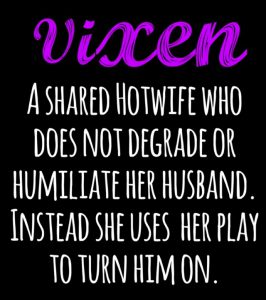 By now, you probably have a basic idea of what a Vixen is, but let’s go into a bit more detail.

A Vixen, or Vixen Hotwife, is any woman that is allowed to have occasional sex with other men with the encouragement and full consent of her husband or boyfriend. The Vixen is at the center of her Stag’s sexual desires and she deeply enjoys seeing how much pleasure he gets from her sexual escapades with others.

Vixen hotwives engage in a variety of activities from mere fantasy role playing with their partner to various degrees of actual real sexual activity with other men. This includes but is not limited to:

She engages in these activities because of a combination of her Stag’s desire for such sexual play and his pride in sharing her. She also enjoys the freedom of being able to experience pleasure and passion with other men. And that freedom is deeply rooted in her being in a committed and loving relationship which itself is based on mutual love and respect.

Her activity with other men, while generally fun and friendly, is solely sexual. Her Stag always remains her primary emotional and sexual focus in the longer term.

Back To Our Opening Question 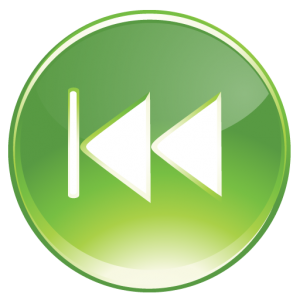 You should also take note of the word “games.” The main relationship is the main priority in Stag Hotwifing arrangements, and any play with outside parties are merely games to enjoy, with the central focus being the Stag & Vixen returning back to each other closer than ever before.

(Note: I keep using that phrase sexual power differentials. If you want to know more about what those are, stay tuned for my free upcoming ebook release How To Turn Your Relationship Into An FLR.) 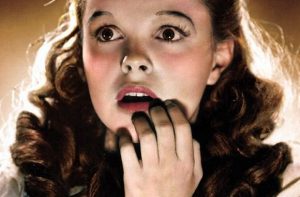 And let’s face it…it’s normal to want to know where you fit in and “what you are.” Self-categorization results in self-understanding, and self-understanding helps promote healthy, secure, and confident sexual exploration.

That said, it will still be awhile until the different communities establish a more universal agreement regarding their jargon(s) and paths. That’s why things are a bit fuzzy right now.

This is no different than the origin of every other community/movement that has ever been started, whether it has to do with relationships or not. Someone carves a path, others start to follow it, and those followers stray from the original path at some point and carve their own paths, each thinking their new path is “more correct” than the others. Some of those paths lead to the same place, other paths lead to different places, and sects/parties/splits start to solidify.

So as things currently stand, alternative relationship communities have no founders, no official rules, philosophies, or demarcations separating them from each other.  As time goes on though, this will change. The communities will start to differentiate themselves from each other in some aspects, and their thoughts on certain terms/labels/etc will start to coalesce. This is characteristic of the process of differentiation.

We should all be careful not to take the outcomes of such differentiation as gospel or law though. After all, how much sense would it make for people who enjoy doing things in nontraditional/alternative ways to want to confine and pigeonhole themselves with set rules, labels, guidelines, etc? 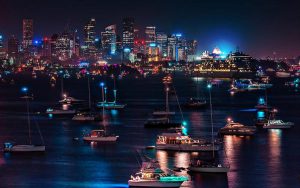 At the end of the day, one of the most appealing and awesome things about these lifestyles is the sexual freedom and sexual positivity it affords those who are brave enough to choose to live them. There’s an advantage to the absence of bibles and constitutions, dogmas and doctrines. The disadvantage is that everyone is navigating the same unexplored territory in the dark, trying to find their way.

Everyone has their own maps though, and that’s not a bad thing, as long as we all remember that the map isn’t the territory.

As you navigate your own journey of self-exploration and self-understanding, J and I hope that you’ll let this be another map for you to use to help guide you along the way.

I’d like to thank J for helping me create this map for all of those out there who are into alternative relationship arrangements. If you haven’t already done so, I encourage you to check out his Tumblr which has some pretty great content. You can find it here: https://hotwivesandgames.tumblr.com/.

I’d also like to thank StagnationHW (who I interviewed here) for the Stag & Vixen definition pictures, as they’re his own creation. If you haven’t read his interview yet, it’s truly phenomenal, and a quintessential example of the Stag & Vixen lifestyle.

As always, feel free to leave your comments and thoughts below.