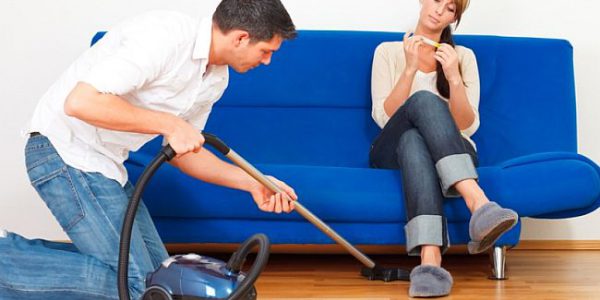 For a lot of men, the idea of a Female-Led-Relationship (which we’ll refer to from here on out as an FLR) is deeply appealing. Simply put, there’s something about being in the passenger’s seat, playing more of a submissive role in your relationship that resonates with them. For some it means being led, for others being made to serve their wives, or for others yet being dominated altogether.

Not all FLRs look the same. There are different “levels” or ways to structure them. In fact, by and large, most all FLRs are on one of four levels, so let’s talk about each of them. 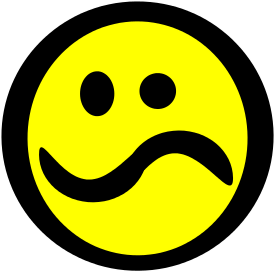 This level of FLR is characterized by a dynamic where the man has hinted at or directly brought up the idea of an FLR (and the above picture is an exact replication of how his wife looked when he did ;) ). His wife’s response is usually characterized by hesitation and ambivalence because it conflicts with her relationship schema (her ideas and opinions about relationships and how they should be). However, they permit entertaining the idea in small ways by letting their man take on more tasks and chores around the house, or by letting him serve or pamper her in a variety of ways, but it often ends there.

Women in Level 1 FLRs aren’t exactly comfortable with connecting to their dominant side, nor will they be able to congruently lead their man in any kind of direction beyond those which he has given to her as examples. However, this is a completely normal response because most women are not raised in ways that would have required them to develop and use this dominant side. In addition, women are genetically wired to respond to dominance, not be dominant.

That being said, it is possible for this level of FLR to evolve into a higher level of FLR—but we’ll get to that in a minute. For now, let’s move on to Level 2. 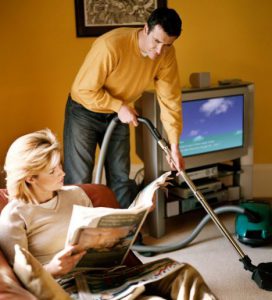 This level of FLR is characterized by a dynamic where the woman can identify some genuine benefits to such an arrangement, and is therefore motivated to venture down this path a bit. The woman will allow herself to genuinely enjoy the benefits to her of such an arrangement, but it’s more of a motivated roleplay as opposed to an innate embracement which characterizes the next level of FLR we’ll talk about.

Woman in this level of FLR care deeply about their man, and although they’re more willing to grow and explore new things, they have their limits as to how far down the path they’ll go. This is because taking the FLR any further will feel a bit unnatural and even weird to her. Doing so might cause her to start worrying about what would happen to the overall dynamic of the relationship (and her feelings towards her man) if she explores the path further with him. 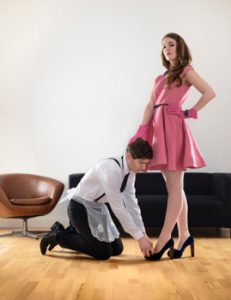 This level of FLR is enjoyed by women who have a higher need for being in control, and who also have a deeper understanding of their men’s desires to experience this kind of arrangement. It looks more like the inverse of a traditional relationship where the man is in charge. The woman in these FLRs start to genuinely and innately embrace their role as part of someone who they are as pertains their relationship with their partner.

The arrangement goes beyond the woman allowing herself to be pampered or enjoying some mild types of roleplaying. Here, the woman exercises more control over more areas of her man’s life, including but not limited to money, direction in life, day to day activities, sex life, etc. 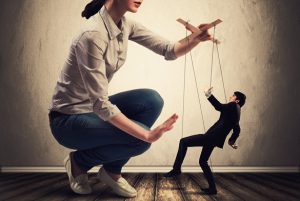 This level of FLR is characterized by a complete immersion into the FLR dynamic, with the woman occupying a position of genuine and total power over her man. Her man is now a willing servant as opposed to a role-playing partner and this dynamic has permeated every aspect of their lives.

I want you to think of the above levels as existing on a spectrum as opposed to being complexly separate with a clear demarcation between each of them. The important thing about this is that it allows you to understand that movement along the spectrum is possible. So what that means is that just because you have a Level 1 FLR doesn’t mean you can’t progress to a Level 2 FLR, and so on. But to do so requires two things:

If you want to know how to easily, effectively, and safely transform your relationship into an FLR, or take your current FLR and have it evolve so it can be even more fulfilling to both you and your wife, then you’ll definitely want to The FLR Conversion System. 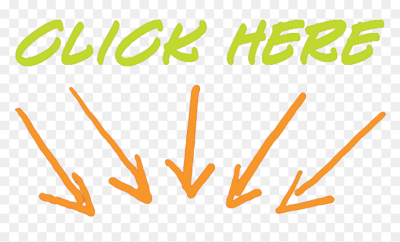 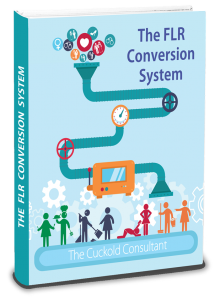